Ransomware Is Why I Need Data Recovery Services

Posted by cloudservicesforbusiness on June 27, 2016 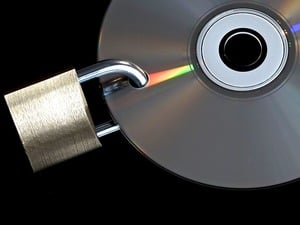 The University of Calgary recently submitted to the will of hackers and ponied up $20,000 to get their files back after more than 100 computers were locked via ransomware. Almost every security expert agrees that paying such a ransom is the wrong move, but the university felt that it had no choice. They did not want to risk losing the research data on the impacted machines.

The same security experts who warn against paying such ransoms insist that the best course of action is to implement robust data recovery services, and to spend time educating end users on the security risks posed by clicking seemingly innocuous links embedded in emails from unknown and untrusted sources. Even so, a recent survey found that 14% of companies opted to pay the ransom, rather than risk seeing their files lost.

Whether this is because those 14% did not have good backup systems in place is not known, but the bottom line is simply this: If hackers have breached your system to the extent that they have been able to get ransomware onto one or more of your computers, then it’s clear that they are not to be trusted. Who’s to say they will keep their end of the bargain after you’ve paid?

Why I Need Data Recovery Services:

Even if they do keep their end of the bargain, who’s to say that the decryption keys they send you after receiving your payment will actually work, or that if they work, you’ll get 100% of your data back. Even worse, what if the hackers, now knowing that you’re willing to pay, strike again, shortly after you’ve decrypted your files?

Paying the ransom is never a good option, but for at least some companies, there’s little choice. If you don’t have a solid backup plan in place, and your employees don’t understand just how serious the risks are, paying the toll can seem the only viable option. The only way to remain in business.

What’s the current state of your company’s digital security? How robust are your firm’s data backups? In the event of a malware attack, could you rely on them to get you back up and running with limited interruption? The answers to these questions and others like them are only growing in importance as these kinds of attacks become more common.