Data Breaches On The Rise – Customers Are Blaming Breached Companies

Posted by cloudservicesforbusiness on February 2, 2017 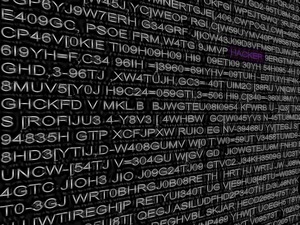 The year of 2016 saw more high-profile data breaches than at any time in the history of the internet. 2017 stands to break the record. With data breaches on the rise, the results from the most recent Data Breach and Customer Loyalty Report, published by Gemalto, sheds some interesting light on subject.

According to the report, more than half of consumers surveyed (58 percent) say that they fear they’ll fall victim to a data breach sometime in the coming year. A solid majority of those consumers (66 percent) also say that if and when it happens, they will refuse to do business with that company, post-breach.

The major takeaway here is that consumers increasingly have the expectation that the companies they do business with are overwhelmingly responsible for data security, and would be quick to abandon them in the event of a breach.

Even more ominous is how widespread the impact of data breaches has been in recent years. Nearly a quarter of consumers surveyed (21 percent) say that they have been the victim of a breach and have had at least some of their personal information exposed. An overwhelming majority of consumers say that businesses aren’t doing enough or moving quickly enough to provide greater security.

To cite just one example, most banks still use a standard, text-based passwords for account access. Only very few have implemented any form of two-factor authentication such as thumbprint or other biometric security or image-based passwords.

This represents an enormous opportunity for business owners. If you can demonstrate that you are taking tangible, visible steps toward greater data security, you can do quite a lot to allay the concerns of your customer base.

The report is well worth reading in its entirety as it contains a number of other hidden gems and insights.