Telephone Scammers Get Tricky By Recording “Yes,” Using It Against You

Posted by cloudservicesforbusiness on April 28, 2017 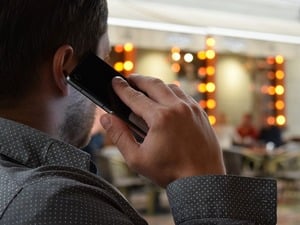 In the days before the internet, scammers frequently weaponized the telephone, but now, that’s considered old school. While telephone scams still exist, they’re not nearly as common as they once were.

Recently, however, a new scam has been making the rounds that has even gotten the attention of the FCC. Perhaps the most shocking aspect of this latest scam is its sheer audacity and simplicity. It is stunningly effective. Here’s how it works.

You get a call from an unknown number. When you answer, the first thing you hear is a voice asking, “Can you hear me?”

Of course, most people simply say yes. It’s practically a programmed response, and that’s what the scammers are counting on. That’s literally all they need you to say. They record your response so they can use it later, using your recorded “yes” to authorize rogue credit card transactions in your name.

This is an incredibly difficult scam for victims to defend against. Even if you report the transaction as bogus, they have a digital recording of you confirming the transaction, and of course, your voice print is a perfect match. It is, after all, you.

Given that there’s no viable defense, the FCC has issued instructions that if you see an incoming call from a number you don’t recognize, you should simply let it go to voicemail. The best defense is simply not to place yourself in a position where you might say the wrong thing, and have it be recorded.

From the perspective of the scammers, there’s almost no way they can lose. These attacks are easy to set up and inexpensive to initiate on a large scale. The bottom line is, don’t trust your phone, and don’t take calls from numbers you don’t recognize.