Posted by cloudservicesforbusiness on May 4, 2017 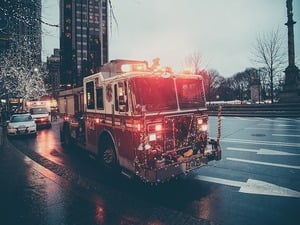 The city of Dallas, Texas is under siege by hackers.

Not long ago, an unknown hacker took control of several of the city’s signal lights. Even more recently, another hacker commandeered all 156 of the city’s emergency sirens and activated them simultaneously for nearly two hours. Residents were startled all over town and frightened into thinking there was a looming emergency, which predictably flooded 911 with calls.

As bad as these things are, it only stands to get worse. Ever since the worm known as Stuxnet was discovered in the wild in 2010, concerns about attacks against infrastructure have been growing, and as these recent incidents make clear, hackers are putting variants of the worm to increasingly effective use.

It’s bad enough when computers are targeted, but in those cases, the worst-case scenario is usually limited to simple data loss. Compared to the simplistic and often unprotected computers that run the control systems we rely on for modern life, computers are hard targets. Most of the computers that reside in the control systems of our infrastructure are completely unprotected, much like the growing legion of “smart” internet-connected devices today.

How bad could it get? That depends on who you ask. Even in the most generous, best-case scenario, though, the answer is orders of magnitude worse than anything a hack on a computer can lead to.

These kinds of attacks represent the next frontier for hackers around the world, and turning on a hundred and fifteen emergency sirens in the middle of the night was just a dress rehearsal.