MP3 To Lose License – What Does That Mean For Music?

Posted by cloudservicesforbusiness on June 2, 2017 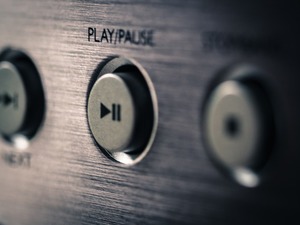 If you’re a music fan, you’ve probably got several hundred (or more) MP3 files on your computer. It burst onto the scene while the internet was still in its formative stages and has been the defacto standard for audio codecs worldwide for more than two decades.

Yes, the codec had its problems and limitations. Yes, there were detractors who complained about the too-aggressive compression and the resulting loss of music quality. It didn’t matter.

It was first on the scene, and as such, became the standard.

Times are changing, though, and the Fraunhofer Institute for Integrated Circuits recently announced that Technicolor, the company holding the MP3 patent, would officially cease licensing the platform.

This is the end of an era, but, in truth, it was time. As compression technologies have advanced, today’s AAC and ISO-MPEG formats offer a more robust feature-set, lower bitrates and higher sound quality than the aging MP3 codec, which has simply gotten too old to be relevant.

While the decision to end licensing is a bit sad in one respect, there are a number of groups ranging from musicians and purists who are cheering the decision.

Don’t worry. Though. If you have a large collection of MP3 files on your computer, support for the format isn’t going away. You’ll still be able to play them. It’s just that over time, as you acquire new music, it will be in one of the more modern formats, and MP3’s will slowly fade into obscurity.

The internet is growing up, and big changes like this are beginning to occur as the global communications platform matures. The PC has been knocked off its lofty perch as the king of computing devices, and now, the MP3 has fallen. Stay tuned. There are more changes to come!