Scientists Prove They Can Get Passwords From Brainwaves

Posted by cloudservicesforbusiness on July 29, 2017 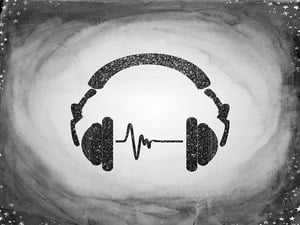 It just may be the ultimate hack: stealing passwords from your brainwaves. It’s something that has moved beyond the realm of science fiction and into the realm of possibility, according to a joint research study conducted by researchers at the University of Alabama at Birmingham and the University of California, Riverside.

The research team tested 12 subjects, each wearing an EEG headset, which is a piece of gear increasingly common in video games. The subjects were asked to input a string of randomly generated passwords and PINS via their keyboards. While they were doing this, the researchers studied the brainwave patterns captured by the headsets, and were able to correctly deduce the PINs 46.5 percent of the time, and the passwords 37.3 percent of the time.

If you think this is something that only gamers have to worry about though, think again. Game developers have rushed to embrace the technology, and other industries aren’t far behind. Right now, you can buy an Emotiv headset and use it to do everything from controlling a wheelchair with your brain (a huge mobility assist for those who are partially or completely paralyzed), pilot drones via thought, turn lights off and on and a whole host of other things. Opening and using Enterprise applications can’t be far behind.

While it’s true that the percentages mentioned above aren’t stellar, bear in mind that this was their first attempt. As they improve their algorithm, and as the technology itself continues to advance, you can expect those percentages to climb dramatically. As the software becomes mainstream in more and more industries, it’s just a matter of time before the hackers of the world begin to take notice, which brings up a tough question.

How can we prevent our brains from being hacked? So far, no one has any answers.